On Tuesday the 18th of July, I went on a movie date with the one and only Nelson (Timothy Nelson), to watch the coming of age doco “Meal Tickets”, a part of the revelation film festival 2017, at Luna Cinemas Leederville.

Mat De Koning, film writer/director spent over 12 years of his life and created more than 700 hours of raw footage that had to be cutdown to 90 minutes to make film “Meal Tickets”.

A documentary about a band of best friends Perth punk rock band Screwtop Detonators, who's ambitions were never met. The film also follows Will Stoker (Will Ferrier) as a roadie for the band who wanted to be a rockstar.

"What goes on tour, no longer stays on tour thanks to the creation of “Meal Tickets”".

In the documentary you see The Screwtop Detonators play in Perth, Melbourne and you see them on tour in the U.S.

All the things you would assume sex, drugs, rock “n” roll.
But the film hits a deeper side. Showing the sacrifices, the emotion and hard work that goes into being in a band.

Any audience member watching the documentary who have never been in a band, get a real insight on what it’s like to be in a band of their establishment, into the world of touring, and what it takes to make it....or, not make it!!

You also see Will Stoker (Will Ferrier) leave the Screwtops U.S tour half way through, leaving nothing but a note saying: “ he wanted what they had, and he doesn't do a good job as a roadie because he doesn't want to be a roadie, he wants to be a musician”. and thats all you see of Will for a little while…..

A few months after, the band members from The Screwtop Detonators hear of Will deciding to create band “Will Stoker and The Embers”. To which one of the boys from Screwtops says “who’s going to see a band called Will stoker and the whatever’s?.”

You will see Will Stoker face his own artistic dilemmas and demons along the way, and inside a almost empty venue in Melbourne you see Will standing behind a mike and introduce his band and say that he was diagnosed with Bipolar that morning.

You see in the process Will Stoker meets one of Mat De Koning’s close friend and artist Matt Doust.
They are very much alike and form a close bond instantly. Matt Doust realises Will’s talent and encourages him to continue with his art as a musician and to see success differently.
In which Will and Mat De Koning support Matt Doust along the way with his amazing art. They both explore different forms or art together.

"I personally really enjoyed the film, it was also great to see my boyfriend Ryan Dux’s, big head on a even bigger screen.
But I thought instead of hearing my opinion on the film, that I would ask Timothy Nelson some questions as an audience member and a musician himself,from his prospective."

1. As a musician yourself, how can you relate to the film?
You know, I think Meal Tickets is as real as it gets. I mean it perfectly captures the relentless slog of being in a band with your mates, how confusing and silly the path the stardom is and how unequipped we are for it in our 20s. Ever since I've known the people in this film, Mat De Koning has been there with his camera. It's incredible to finally see it on the big screen.

2. Having never knowing of The Screwtop Detonators what did you think about them and there journey?
They were somewhat before my time, I met Will (Stoker) around 2007/08 when Luke (Dux) started playing with The Embers, so that was after that whole period of the guys touring America and I guess they were a Melbourne band by that point. I really liked their music, as they said in the film it was very Detroit punk rock, via Kalumunda or whatever. You see various industry people in the film almost begging them to write a pop song just to make their lives easier while they try and make some money off them, but I don't think their problem was a lack of songs. I think the industry just wasn't fit to handle bands like them, especially in this country. They struck me as one of those 'Hydey' bands that took their MC5 and Turbonegro CDs and crushed into a meth pipe. This film is a great example of how the industry corrupts art. They had the stars in their eyes and wanted to be Kings of Leon but they sounded more like The Bronx. Unfortunately bands like that tend to burn out, but we at least get to enjoy the flames.

3. After watching this film do you think this will have an impact on your own personal journey through the music industry?
Focus is a big theme in the film. Matt Doust makes a very good point about taking one thing you're good at, and staying the course. The goal posts keep shifting for these guys and they kind of go off track at various points of the film, which makes it harder for them to chase their dreams. The real success story of Meal Tickets is Mat De Koning, and he spent 12 years filming it, never wavering.

4. Having known a few people throughout the film, is there anything new you learnt about them?
Well, after all these years I've finally seen every last inch of Will's body. That was bittersweet.... On a more serious note though, it was interesting seeing the storylines that were happening in the background of a lot of gigs or other things I remember being at. The segment with Will and Matt in LA was my favourite part. Quite an interesting look into that whole Echo Park scene Doust had immersed himself in over there. Luke and I caught up with him in LA a few years back. He never seemed out of his element wherever he was, always a total rock star in that sense. He'd say to me 'We're going to find you a girl in LA Tim!'. He was able to do well for himself and wanted those around him to do so as well. In the film you see how he let Will stay in his studio rent free and was always trying to empower him to be this great, rock and roll artist he knew he was deep down. I think De Koning is making another film more focused on Doust which I look forward to very much.

"I would like to also personally say a huge congratulations to Matt de Koning, as he won the Best Australian Documentary award and was given the Best Emerging Australian Director award at the Melbourne Documentary Film Festival" Congrats Mat!! 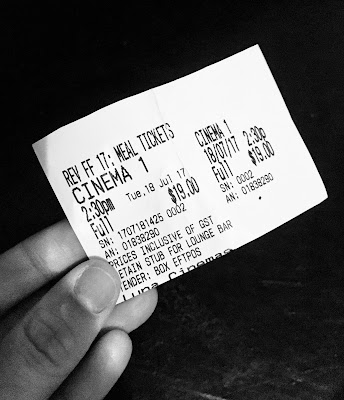 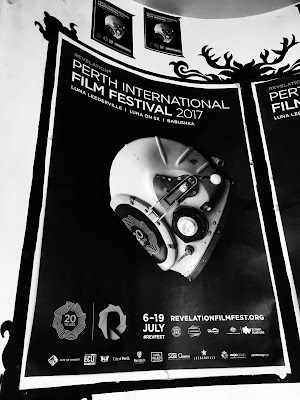 All photos taken by: Yours truly, except for Timothy Nelson, Mat De koning & I (taken by anonymous audience member)

BILLY EILISH PIRATE BAIRD O'CONNELL  I have such a endearment with a 18 year old singer/songwriter named Billy Eilish, ... 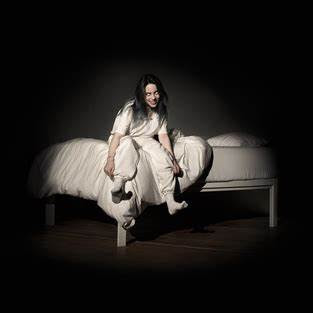 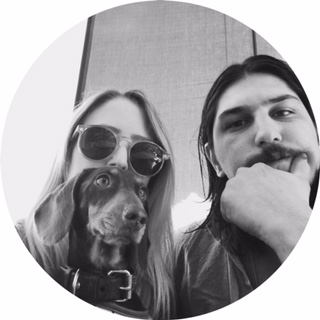